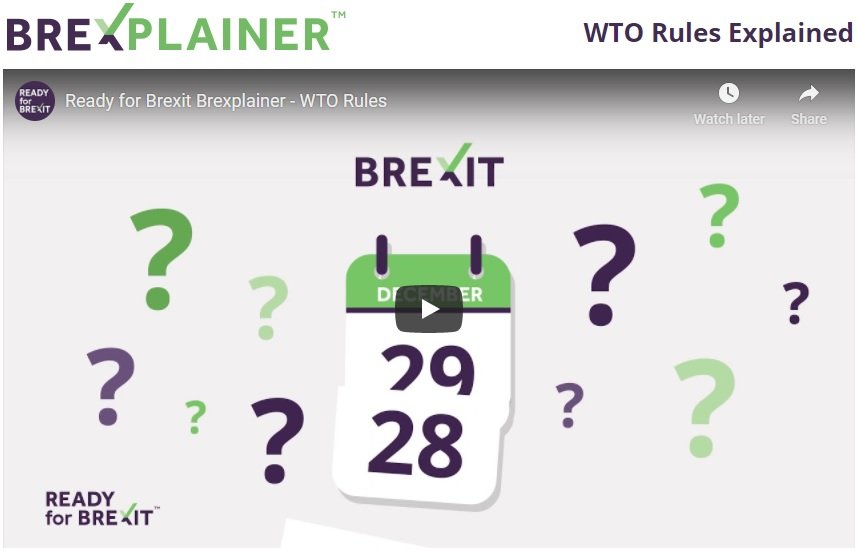 Last Friday, the UK premier confirmed what many of us have expected for a long time. There is unlikely to be a trade deal with the EU27 when the UK leaves at the end of December:

“We should get ready for 1 January with arrangements that are more like Australia’s – based on simple principles of global free trade.”

In reality, of course, what Boris Johnson meant was that the UK will be trading on WTO terms, and without Australia’s better weather.

And when he said “more like Australia’s”, he didn’t actually mean “Australian terms”. Australia has duty-free quotas in key areas for its economy such as sheep – but UK sheep farmers will face tariffs of 40% – 80%.

Many wishful thinkers still imagine the EU27 will eventually offer a deal that gives the UK access to the Single Market and Customs Union. But in reality:

So the critical need now is for UK and EU27 businesses to prepare for trading on WTO terms. This will not be easy:

We have always assumed that Brexit would mean trading on WTO terms. And our concern has always been that most managers have only known a time when trade between Birmingham and Berlin was the same as between Birmingham and Bristol, or Berlin and Bremen. Unfortunately, they will likely have a terrible shock after 1 January, when the reality of WTO terms starts to become clear.

ARE YOU READY FOR BREXIT?

This is why we set up Ready for Brexit in 2017, based on our extensive experience in importing and exporting. Critically, we can all remember what it was like to trade before the Single Market and Customs Union – and the teams of people needed to make things happen. The site therefore includes all the tools that we think you need to go up the learning curve as quickly as possible:

We have tried to keep the cost reasonable at £195 (or local currency equivalent). But it has taken us years of accumulated effort and research to pull together reliable information on these critical areas. When we started, there were already thousands of Brexit references on Google – today there are 164 million.

Christmas and the New Year are normally a time for pantomimes and conjurors pulling rabbits out of hats. We can all hope that the Brexit talks pull their own rabbit out of a hat in the next 72 days. But it would now be very risky to rely on this happening.

Join Ready for Brexit today to download our Brexit toolkit – The Brexlist checklist, the detailed No Deal Brexit planner and the Brexsure audit tool for your supply chain partners