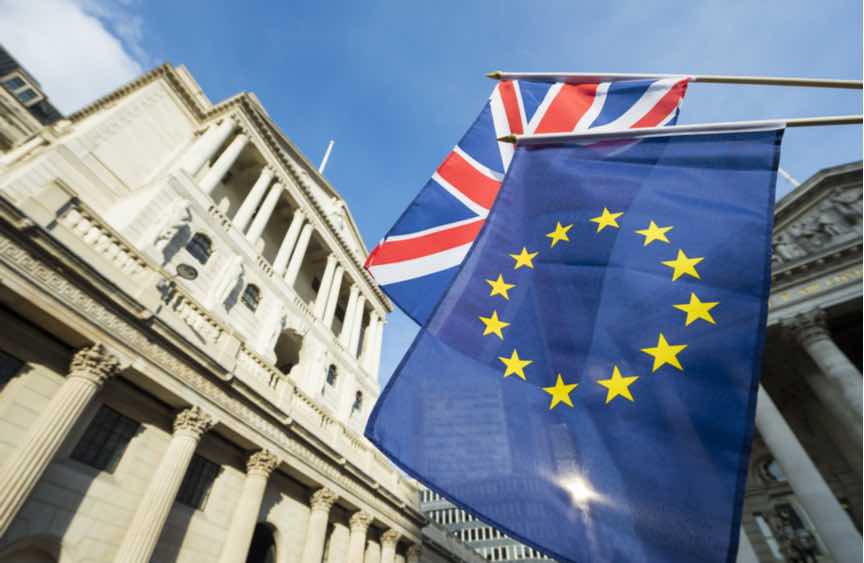 The Bank of England published two important research documents yesterday: The Financial Stability Report and Stress Test results – November 2018 and its response to the House of Commons Treasury Committee’s request for analysis of how Brexit will affect the Bank’s ability to deliver its objectives. Mark Carney, the governor of the Bank of England, outlines its key findings

Here is the full transcript of Carney’s opening remarks when announcing the publication of these two reports:

“The Bank of England’s job is to promote the good of the people of the United Kingdom by maintaining monetary and financial stability. That means low, stable and predictable inflation. And a resilient and reliable financial system, that’s there for UK households and businesses, in bad times as well as good. The Bank focuses on the necessities of price and financial stability so that people can focus on what matters most to them such as buying a house, saving for education or retirement, and starting a business.

The single most important determinant of the UK’s economic outlook is the nature and timing of Brexit. Since the referendum, the Bank has done everything we can to ensure we are ready for Brexit, whatever form it takes.

As today’s stress tests reveal, the core of our financial system is strong. Major banks have capital ratios three and a half times higher than before the financial crisis; we’ve worked closely with the UK government, other UK authorities and our European partners to manage possible risks of disruption to the financial system; and most fundamentally, our institutional framework is robust: the Bank has clear objectives, operational independence, all the necessary tools, and the resolve to deliver our monetary and financial stability remits.

Consistent with those remits, the Bank is publishing two documents today:

1) Our latest Financial Stability Report which details the most important current risks to UK financial stability and includes the details of our latest stress tests of major UK banks; and

2) Our response to the House of Commons Treasury Committee’s [TSC] request for analysis of how Brexit will affect the Bank’s ability to deliver our objectives.

The TSC requested that the Bank focus on the consequences of a potential New Economic Partnership with the EU and a no-deal, no-transition Brexit scenario.

Let me begin by stressing what these analyses are and what they are not. These are scenarios, not forecasts. They illustrate what could happen not necessarily what is most likely to happen. Building scenarios requires making assumptions about the form of the new relationship between the UK and EU, the degree of preparedness across firms and critical infrastructure, and the response of macro policies.

Taken together, the scenarios highlight that the impact of Brexit will depend on the direction, magnitude and speed of the effect of reduced openness on the UK economy. The direction of the effects of a reduction in openness is clear: lower supply capacity, weaker demand, a lower exchange rate, and higher inflation. The magnitude of the economic impacts is modelled using established empirical relationships and is disciplined by the Bank’s suite of macroeconomic models to ensure their coherence and plausibility. The speed of adjustment is less clear, given the lack of precedents of reduced openness. The worst-case scenarios assume that adjustment to de-integration happens more rapidly than to integration. This assumption is grounded by several cross-checks, including econometric models, case studies and intelligence from the Bank’s agents across the UK. The MPC and FPC have reviewed the relevant scenarios, and will use them as inputs in their policy deliberations.

The Economic Partnership scenarios reflect government policy and are most relevant for the MPC. They show the sensitivities to the key elements of the new partnership yet to be negotiated, such as the extent of customs and regulatory checks, the degree of non-tariff barriers to services trade and the breadth of equivalence determinations for financial services. In the economic partnership, trade barriers are minimised for goods, but rise for services. Uncertainty declines following the agreement, and the transition period until the end of 2020 is assumed to be enough time for all sectors’ regulatory authorities and infrastructure to prepare for the new trading arrangements.

In five years, under the partnership scenarios GDP is between 1¼% and 3¾% lower than it would have been if the economy had continued growing at its May 2016 trend rate. Relative to the Bank’s most recent forecast, inflation is lower in the near term in both scenarios, given appreciation in sterling. It rises as the transition period ends due to fading effects of the appreciation and, in a less close partnership scenario, as customs barriers take effect from 2021.

A mechanical model of monetary policy generates a gently rising path for Bank Rate over the scenario. This should not be taken as a prediction of the actual path for Bank Rate, which will depend in practice on the balance of the effects of demand, supply and the exchange rate.

No deal and no transition Brexit

Although there are a range of possible outcomes in the event of a no-deal, no-transition scenario, consistent with its remit to protect and enhance the resilience of the UK financial system to major shocks, the FPC has focussed on two variants – labelled ‘disruptive’ and ‘disorderly’ – which are underpinned by worst-case assumptions. In both scenarios, tariffs and other trade barriers are introduced suddenly next spring. The UK recognises EU product standards, but the EU does not reciprocate.

In the more severe ‘disorderly’ scenario the UK’s border infrastructure does not cope smoothly with new customs requirements for some time. There is a pronounced increase in the return investors demand for holding sterling assets. By end-2023 GDP is over 10% lower in the disorderly scenario compared to the May 2016 trend. Despite this sharp contraction in GDP – more than in the financial crisis – unemployment rises to 7½% – less than in the financial crisis.

This reflects the supply-driven nature of the downturn. The sharp fall in sterling, alongside the imposition of tariffs, pushes up costs of imports and overall CPI inflation peaks at 6.6%. In line with its remit, the MPC does what is necessary to achieve its inflation target, with Bank Rate rising sharply to 5.5% in the disorderly scenario.

The FPC has assessed the resilience of the financial system to these worst-case outcomes. Its key findings are: First, based on a comparison with the 2018 stress test released today, the FPC judges that the UK banking system is strong enough to continue to serve UK households and businesses in the event of a disorderly Brexit. Even after the stress, major UK banks still have capital ratios around three times higher than before the financial crisis. Recall the Bank’s stress test is two and a half times more severe than the Brexit scenarios. That’s what being prepared for all eventualities requires. Second, major UK banks have ample liquidity to withstand a major market disruption. They hold more than £1 trillion of high-quality liquid assets and can access an additional £300 billion of liquidity through the Bank of England’s regular facilities. Major UK banks now can withstand many months without access to wholesale or foreign exchange markets.

Third, the FPC has worked with other authorities to ensure most risks of disruption to crossborder financial services have been addressed. Two main actions remain. Further UK legislation, currently in train, will need to be passed for a fully functioning legal and regulatory framework for financial services to be in place ahead of Brexit. And the European Commission needs to provide greater clarity to reduce disruption risks in derivative markets, following their recent, welcome statements.

Finally, the Bank of England, with other authorities, has put extensive contingency plans in place to support institutional resilience and market functioning during any period of heightened uncertainty, as we did around the referendum in 2016. We are closely monitoring market developments. The Bank can lend in all major currencies, if required, and the FPC stands ready to cut the countercyclical capital buffer if economic stresses were to materialise.

The Bank of England’s ability to achieve its monetary and financial stability objectives depends both on transition and end-state.

The level of preparedness of businesses and infrastructure (such as ports, customs systems and transport operations) will be important determinants of how well the economy adjusts to new trade barriers. Evidence from surveys and other UK authorities suggests that the country is not fully prepared for a cliff-edge Brexit. Surveys suggest that less than half of businesses have initiated contingency plans for no-deal and less than a fifth of small businesses. Up to 250,000 traders have never completed a customs declaration. Eleven of twelve major projects to replace key border systems are at risk of not being delivered by March 29 2019. Securing an implementation period will minimise impacts on the UK economy. A sober, objective assessment of the appropriate length of the Implementation Period is desirable to get Brexit off to the right start. This implementation period should be as long as necessary to prepare properly for the new trading relationships, but no longer.

The UK is home to the world’s leading international financial centre. At around ten times UK GDP by asset size, the scale of activity of the UK financial system is unmatched in other jurisdictions. This confers a special responsibility on the Bank to ensure that the system is robust to a wide range of potential domestic and global shocks. That’s why, irrespective of the particular form of the UK’s future relationship with the EU, and consistent with its statutory responsibilities, the Bank of England will remain committed to the implementation of robust prudential standards in the UK. This will require maintaining a level of resilience that is at least as great as that currently planned, which itself exceeds that required by international baseline standards, as well as maintaining more generally the UK authorities’ ability to manage UK financial stability risks.

The Bank of England is ready for Brexit, whatever form it takes. The analysis released today confirms that the core of the UK financial system is resilient to worst-case Brexit outcomes. The Bank has contingency plans in place to support institutional resilience and market functioning, if necessary. To be clear, the Bank being ready for Brexit is not sufficient to guarantee a particular economic outcome. There is little monetary policy can do to offset the potentially significant hits to productivity and supply that Brexit could entail, but the Bank’s unwavering commitment to price and financial stability will support the necessary adjustment of the real economy. The future potential of this economy and its implications for jobs, real wages and wealth are not in the gift of central bankers.

Rather, the economic consequences of Brexit over the longer-term will depend on the nature of the UK’s future trading relationships, other government policies, and ultimately the ingenuity and enterprise of the British people.”

Time is running out for UK trade negotiations