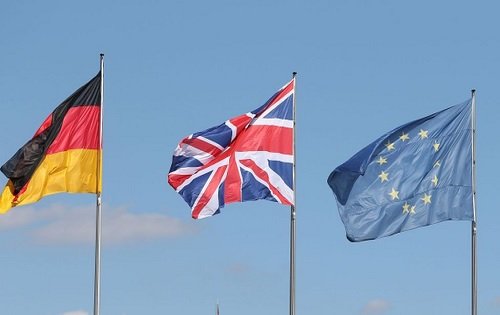 The pandemic distracted everyone from the harsh reality of Brexit’s likely effect on UK trade. But now the impact of leaving the Single Market and Customs Union is starting to become clear.

Official German trade data shows that the UK is poised to drop out of the list of Germany’s Top 10 list of trading partners for the first time since 1950:

As Reuters reports, German companies are moving to source goods from other EU suppliers, rather than the UK, due to the end of frictionless trade and free movement of people:

“”More and more small and medium-sized companies are ceasing to trade [with the UK] because of these hurdles,” said Michael Schmidt, president of the British Chamber of Commerce in Germany… “For many small British firms, Brexit meant losing access to their most important export market… It’s like shooting yourself in the foot. And this explains why German imports from Britain are in free-fall now.””

Schmidt’s concerns seem valid, as the data shows that the UK was the only major trading partner where bilateral goods trade with Germany in May and June was still below end-2019 levels.

And as the head of Germany’s Institute for the World Economy has warned, the problems will likely get worse:

“The UK’s loss of importance in foreign trade is the logical consequence of Brexit. These are probably lasting effects. A data breakdown showed German imports of British agricultural products tumbled by more than 80% in the first six months while imports of pharmaceutical products nearly halved.”

There is also a clear risk that the problems could intensify next month, as the UK is due to implement new Border Controls from 1 October on incoming goods.

Food supplies are one key area of concern, with supermarket shelves already emptier due to the absence of EU HGV drivers, as industry magazine The Grocer highlights:

The last thing that any business needs right now is further uncertainty over trading arrangements, and more paperwork.

But that seems the likely outcome next month, unless the UK government has a last-minute change of mind on the introduction of its new Border Controls