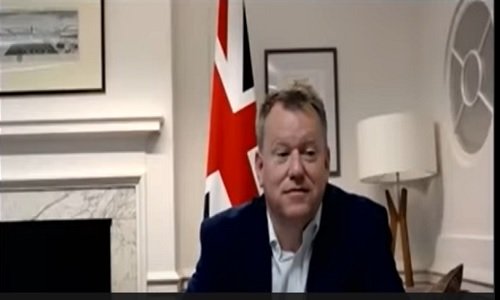 Lord Frost, the UK’s chief Brexit negotiator, has finally confirmed Brexiters “underestimated the chilling effect” that Brexit would have on UK trade with the European Union.

But interviewed on the 5th anniversary of the UK’s Brexit referendum, he confirmed the concept of “sovereignty” was still the crucial issue for post-Brexit trade policy.

Frost was personally appointed by Boris Johnson, UK premier, and his views represent government policy. His beliefs were set out last year in Brussels, and represent a very narrow view of what “sovereignty” means in practice:

“It is central to our vision that we must have the ability to set laws that suit us.”

This concept is the guiding light for the UK post-Brexit policy.

But the key takeaway for businesses from Frost’s comments is, unfortunately, very clear. Their interests don’t count for much when it comes to deciding post-Brexit policy.  Leave’s sovereignty dogma wins every time, with just one exception.

Johnson is desperate to sign a US trade deal.  And as US President Joe Biden made clear to him, ahead of the recent G7 summit, the US won’t agree to even start the process if there is any threat to the Good Friday Agreement.

For other UK businesses, however, the sad truth is now very clear. Their interests will always be secondary to the political dogma behind Brexit.

Companies are already going out of business because of Brexit. We can help you redesign your business model and survive.